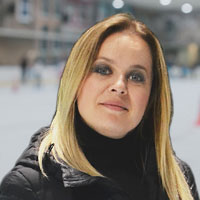 Anastasia’s love of figure skating began while watching Olympic Champions Maya Usova and Alexander Zulin perform at the arena where her father worked.  Her own skating career began at the age of five at the renowned Spartak Figure Skating School of Olympic reserve and then at age seven she was specifically selected to attend and train under the tutelage of world renowned coach Elena Tchaikovskaya at The Professional Ballet on Ice. It is here that her love for dancing bloomed and she toured all across Europe during this time.  Upon her family moving to Israel Anastasia continued to improve and compete, eventually becoming Israeli National Champion in 1997/97 in both Junior Dance and Junior Single competitions.

Her coaching career began in Montreal in 1999.  She taught ballet and ice dancing initially and transitioned this into private coaching in free style, skills and dance.  She was the artistic director of choreography at Club l’Acadie and transitioned from this into the head coach between 2008 and 2010.

Anastasia enjoys all types of figure skating but she is especially drawn to beauty of ice dancing and the creation of beautiful choreography and dance routines. 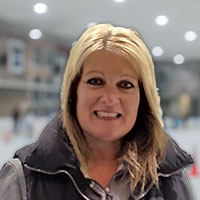 Michelle has over 30 years of coaching experience and also supervises the Learn to Skate program for the City of Richmond.  Before joining the Delta Skating Club, Michelle coached and competed for the Connaught Skating Club.  Many of her students have progressed into competitive skating and pursued hockey at a high level.  Michelle brings enthusiasm and high energy to every lesson!

My philosophy is “that from the recreational figure skater to those that dream of competing one day, I will give each and every skater 110%.  Love skating, whatever level you are or dream of being and I will do my best to guide you in attaining those goals!

Michelle will be coaching Club Programs and accepting students for Private Lessons. 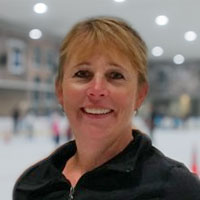 Jackie has been with the Delta Skating Club since 2002 as a Board Member, Program Assistant & Adult Skater.
Coach Synchronized Skating since 2010.

Competed in Synchronized Skating for over 12 years.

Jackie continues to skate for fun and competes in Freeskate, Artistic and Dance at Adult ISU competitions. 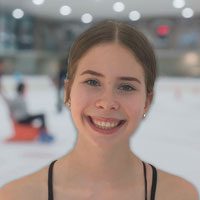 Sara is our youngest coach at 17 years old.  She has been involved as figure skater and with the Delta Skating Club for over 10 years.  Competing as both a solo skater and a synchronized skater.

Sara sums up her coaching philosophy as :

“My experiences and struggles as a skater have taught me so many life lessons that I hope to teach my students.  I teach skaters great techniques in a fun, friendly, inclusive manner.  Teaching kids in a positive constructive way will not only better the skaters skills but will also leave the skater feeling hopeful, happy and encourage a positive skating experience.”

Lena has recently joined the Delta Skating Club as a coach but she has been coaching for several years.

Lena previously competed for Ukraine in the 1994 Olympics

She is accepting new students in the Star Skate Program – semi-privates or private lessons.